In the days and weeks immediately following the murder of George Floyd, the fashion and beauty industry—and the many businesses and individuals it’s comprised of—saw a reckoning like never before. Brands pledged to change their ways and create more opportunity for people of color, magazines vowed to be more diverse and promised to stop working with anyone who was at all exclusionary, and people all over the country began questioning how their participation in a centuries-old system perpetuates racism.

In the more than two months since this watershed moment, though, as the names of Floyd, Ahmaud Arbery, Breonna Taylor, and others have stopped trending and day-to-day duties and distractions have ensued, the anti-racism awakening seems to have lost some of its momentum, leading industry players, customers, and onlookers alike to wonder if fashion and beauty will ever actually see the change they so desperately need. But with their new consulting agency, two of the field’s most prominent members and vocal critics are helping brands and influencers maintain their drive to improve and are ensuring this summer’s happenings have a lasting effect on the space.

Chrissy Rutherford and Danielle Prescod are both seasoned veterans of fashion, having graced the mastheads of celebrated publications and collaborated with some of the biggest designer names around. But the duo has also experienced first-hand the racism that runs rampant through the industry, and it was with that in mind that they took to their social media platforms in late May to show their support for the Black Lives Movement and share how the fashion and beauty world has failed them.

“I think there are so many covert ways that the industry works to exclude Black people,” says Rutherford, who most recently served as Special Projects Director for Harper’s Bazaar. “And just because you’re an editor at a top magazine doesn’t mean that you don’t experience that.” Prescod has had a similar takeaway from her years working at outlets like ELLE, InStyle, and Teen Vogue and has noticed this behavior even more sharply over the last four years as Style Director for BET.

Rutherford and Prescod spoke to such encounters in viral Instagram videos, which have garnered over five million and two and a half million views respectively, and their follower counts both more than doubled. But what really took the two women by surprise was the feedback they received, with friends, colleagues, and strangers all voicing their support. Brands and influencers also took notice and began reaching out with requests for guidance during this new era.

The longtime friends soon realized they were in the same boat in fielding so many inquiries and decided the situation presented a promising opportunity. “We were sort of just commiserating with each other, and Danielle was like, ‘let’s start a class and teach influencers’ because that’s who was mainly reaching out to us in that first weekend,” Rutherford remembers. Within a week, 2BG (2 Black Girls) was born.

The ladies started hosting seminars every Wednesday to teach the standards of anti-racism work and show what it takes to do it well. “A lot of people are really uneducated, especially in this area, and if they are not generally very curious about the world or engaging frequently with discourse about race, they’re going to be floundering,” Prescod explains. “So, our course is a two-hour seminar that has one hour of presentation, where we touch on the ways that racism specifically affects the fashion and beauty industries. We try to make some analogies that they can deeply understand, and then we give them examples of brands and influencers who have navigated this positively and of ones who have messed up over the last two months.” For the next hour, Rutherford and Prescod open it up to questions and leave attendees with actionable steps for being allies.

“When we work with brands, we do it a little differently since they are usually trying to sell things, and their perspective on social media is a little bit different as well,” says Precod. “Some people don’t need us for the seminars; they need us more for crisis management, to oversee their communications, to make introductions to influencers, or to help them come up with more diverse campaigns. So, we customize it to whomever it is we’re working with and what their goals are.”

Ultimately, the workshops or single-subject consultations are just one step in what Rutherford and Prescod believe should be a long-term overhaul of the industry, and before 2BG can do anything, their clients must accept responsibility for where things are right now. “I think, in general, white people tend to think that if they’re not having thoughts about wanting to actively harm Black people, they’re not racist,” says Rutherfod. “But racism exists on a spectrum, and what we’re actually trying to highlight is how people have been complicit in upholding standards of white supremacy because they’ve done nothing or they haven’t done enough. It’s not enough to just throw one Black model in a campaign and be like, ‘Okay, we’re not racist.’”

While some clients have the 2BG founders on retainer and others hire the duo just for specific projects, Rutherford and Prescod see their work as ongoing relationships and offer all their clients clear benchmarks to work towards. “Some people have been better than others in integrating representation and inclusion and diversity into their brand and their marketing in general, but if you’re starting at zero, you need to at least have a concrete idea of what your goals should be going forward,” Prescod notes. “We grade them too; we check in and say, ‘Okay, here’s where you’re succeeding, here’s where you’re failing, and here are our suggestions on how to improve,’ and we really just want to make sure that people aren’t just doing the bare minimum. It really is important to us to encourage the client to have a full follow-through plan.”

The women behind 2BG have been pleasantly surprised by how many clients have kept with the work, but they know that even the most well-intentioned of people can slip up from time to time. “I think everyone who has come to us is really interested in making changes, but I do also think that we’re only two months into this, and bad habits die hard,” Rutherford admits. “I think that people have gotten a little bit lazier because they kind of made it through that first wave. And if they got cancelled and apologized, and it was well received and everything seemed fine, they’re less inclined to focus on potential consequences of disaster and more inclined to think they’re sailing along just fine now and everything is okay.”

But she knows that no one is going to change and become perfectly anti-racist overnight. “I think it’s a very slow, kind of chipping away and helping to uncover the problematic ways that people see things,” the former Bazaar editor says. “And that’s why we’re there to remind them not to get complacent in that anymore.”

With their new agency, Rutherford and Prescod are certain they can make the fashion and beauty industry a more inclusive place, but their outlook on the movement’s place in history is one of more cautious optimism. “I don’t have the expectation that racism will be solved in my lifetime, and it probably won’t be solved in my children’s lifetime either,” Prescod says. “But when I look at how my life is, of course it’s an improvement from how my grandparents lived. So, you have to have a slightly pessimistic attitude, but things can get better, and they are getting better.” 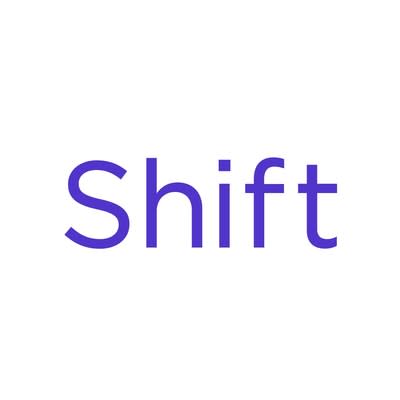