Uttar Pradesh Chief Minister Yogi Adityanath on Friday suspended Hathras SP and four other policemen over the Hathras case. The action was taken on the basis of a preliminary inquiry report of the SIT which was constituted by the chief minister to probe into the case of alleged murder and gangrape of a 19-year-old girl in Hathras.

The investigation report mentions that the Hathras case victim had changed her statements several times in front of the investigation officer when she was undergoing treatment. Not only this, the medical report of AMU and her postmortem report has not confirmed rape.

Former SP, Hathras has said that the woman had given three statements during her treatment. According to police officials, the woman had not mentioned rape in the beginning. On September 19, the 19-year-old girl said she had been molested.

On the basis of this statement, the police changed the Section and started further action under Section 307 (attempt to murder) and 354 (molestation). On September 22, when the victim’s statement was recorded, the 19-year-old said that she was raped.

On the basis of the new statement, the police started further action and added Section 376D (gangrape) to the original FIR and arrested the accused.

The 19-year-old Dalit woman was allegedly raped at a village in Hathras by four men on September 14. After her condition deteriorated, she was referred to the Delhi’s Safdarjung hospital where she breathed her last on Tuesday.

According to the victim’s mother and her brother, the girl, from Chandpa village in Hathras, went to her grass fields on the morning of September 14. She was cutting the grass when one of the accused, Sandeep, came and threatened her. He also molested her, the family of the victim said.

The family further said that the girl was attacked when she protested. The girl’s mother ran towards the accused after the woman called for help, her family said. While the accused managed to escape, the girl, who had sustained injuries in the attack, was rushed to the district hospital.

Former Hathras SP Vikrant Vir said after the incident on September 14, the girl’s brother reached the police station around 10:30 pm and told police that an attempt was made to strangulate her sister. An FIR was registered in the case.

The girl was later admitted to AMU’s JN Medical College. Doctors at the hospital noticed that the woman had a broken bone. Not only this, both her legs were also not working properly.

The medical report of the 19-year-old Hathras girl has not confirmed rape. During treatment at the medical college, the woman had given three statements.

The contradictory statements could be the reason why the Uttar Pradesh government is said to have ordered a polygraph and narco-analysis test of police personnel as well as that of the family members.

This test involves the intravenous administration of a drug (such as sodium pentothal, scopolamine and sodium amytal) that causes the subject to enter into various stages of anesthesia. In the hypnotic stage, the subject becomes less inhibited and is more likely to divulge information, which would usually not be revealed in the conscious state.

He or she may also divulge all his/her fantasies, personal wishes, impulses, instinctual drive, illusions, delusions, conflicts, misinterpretations, etc. The main drawback of this technique is that some persons are able to retain their ability to deceive even in the hypnotic state, while others can become extremely suggestible to questioning.

Sun Oct 4 , 2020
October 3, 2020 – SACRAMENTO, Calif. — In response to California’s latest destructive fires, Insurance Commissioner Ricardo Lara is requesting that insurance companies help wildfire survivors who are overwhelmed with the task of navigating the claims process by providing up to 100 percent of personal property coverage limits without a detailed […] 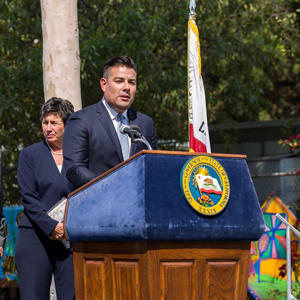