McGovern expressed confidence the U.S. House would be able to pass the RESTAURANTS Act to provide financial help to establishments that are bracing for a winter without outdoor dining. But without senate approval, the bill helps no one.

“We have to get it through the United States Senate,” McGovern said. “And if it were to move there, it would require Mitch McConnell to get off his ass and take up something that is important to the American people.”

McGovern is a co-sponsor of the RESTAURANTS Act, which is a $120 billion grant program to provide relief to restaurants through the end of the year.

The program would be administered by the Department of the Treasury and available to food service or drinking establishments, including caterers, that are not publicly traded or part of a chain with 20 or more locations doing business under the same name.

The grant values would cover the difference between a restaurant’s revenue from 2019 and to the projected revenues of this year.

Recipients of the Paycheck Protection Program or businesses that received Economic Injury Disaster Loan funding would have to subtract the forgivable funding they received from those programs from the potential grant values of the RESTAURANT Act.

The grants from the RESTAURANTS Act do not need to be paid back. The funding can be used for payroll (not including employee compensation exceeding $100,000 per year), benefits, mortgage, rent, utilities, maintenance, supplies (including PPE and cleaning materials), food, debt obligations to suppliers, and any other expenses deemed essential by the Secretary of the Treasury.

The PPP loans were only forgivable when used for payroll expenses.

Any recipients would have to certify that current economic conditions make the grant request necessary.

If a restaurant permanently closes before the end of 2020, unspent funds must be returned. If the funding exceeds the actual end-of-year revenues the grant is converted to a loan with a 10-year term at 1% interest.

The first 14 days of the program will focus on restaurants with annual revenues of $1.5 million or less.

“If they don’t get the support, we’re at risk of having many of our restaurants close,” McGovern said. “Our restaurants in this city and all around the country, quite frankly, are so much a part of the character of our community. They are who we are. If we don’t step up to the plate, when this pandemic is over with they may not be here anymore.”

“Part of the renaissance we talk about that’s happening here in Worcester is fueled by the restaurant scene, the food scene,” Augustus said. “A lot of the expression and creativity that’s happening in out city is in our restaurants.”

The Massachusetts Restaurant Association projected that about 1 in 5 restaurants could close as a result of the pandemic. But it’s not the only industry affected by the pandemic. Restaurants have continued to remain open – even for takeout – while some businesses like bars, gyms, movie theaters and performance venues were shut down for months or remain closed.

“It’s the industries that have lobbied the hardest and complained the loudest. It’s easy to say movies aren’t necessary like an amusement park and an arcade, but restaurants are necessary,” said Jamie Mattchen, the general manager of the Capitol Theatre in Arlington said. “But really you can make food at home. You don’t need a restaurant. But more people were directly impacted by restaurants going away.”

The RESTAURANTS Act is one of several in Congress that could provide economic relief amid the pandemic along with the HEREOS Act, approved by Democrats in May. Republicans countered with a $1 trillion plan two months later.

The RESTART Act is aimed at provided relief to the live performance venues, which unlike restaurants have been closed throughout the pandemic.

“Our goal is to help people who are hurting the most to just get through these next few months,” McGovern said. “And hopefully we’ll have leadership that will take this pandemic seriously and we can get it under control.”

Sun Sep 20 , 2020
Event producers wanting to know the most important issues they’ll be facing over the next six months will want to check out the fall season schedule for Digital Summit, a live virtual information exchange series kicking off Sept. 11. Produced, hosted and facilitated by Sam Lippman, president and founder of […] 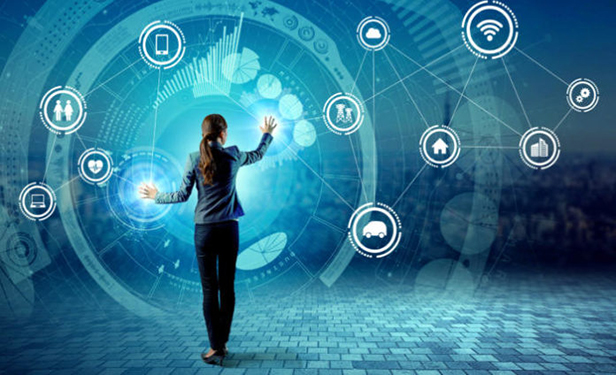