A Trump supporter and Trumptilla boat parade organizer is in hot water after he was accused of using anti-semitic slurs and sending a threatening text to a resident, who was once an old friend, when they clashed with over politics at the Admirals Cove, a luxury Florida country club he was once a part of. Carlos Gavidia, 53, the main organizer of the Trumptilla Boat Parade, a Labor Day event held at the exclusive Jupiter club, spent Tuesday night in jail after being charged with sending a text threatening to kill or do bodily harm to resident Paul Edenbaum, who reported the threats to law enforcement officials himself.

On Wednesday, Gavidia was released on his own recognizance from the Palm Beach County Jail and was ordered not to go within 500 feet of the restaurant in Admirals Cove where the incident first began.

According to the Jupiter police report, Gavidia called Edenbaum a “(expletive) little Jew” and his companion a four-letter word for a woman’s genitalia. Gavidia said during an interview with the Palm Beach Post he called Edenbaum “a little jerk” and did not use the anti-Semitic slur. He said he and his family have been victims of constant harassment at the Admirals Cove and that he was just defending himself in the text message in question after days of harassment from one person.

Gavidia’s attorney, Stuart Kaplan, said his client offered to apologize to the resident who received the text message, but the proposal was rejected.

“It’s outrageous and shameful that law enforcement is involved,” said Kaplan, who explained that “there is nothing hateful about Carlos Gavidia.”  “I think it is being used as a vindictive means to get even with Carlos.”

Gavidia moved out of the Admirals Cove community this week due to allegations that he was being provoked by a group of people and clashed with the Property Owners Association, the Post reported.

The die-hard Trump supporter, nationally known as the boat parade chief, has used his boat he renamed “Trump,” a 42-foot Yamaha Invincible, as part of the parades festivities. The boat is wrapped with a banner containing the president’s name and adorned with eagles and stars. He said he came up with the idea of “Trumptillas,” after the Admiral Cove neighbors complained about a Trump flag he had on his boat, saying it violated the POA’s rules.

“Sometimes I regret even wrapping the boat and starting this nationwide movement because I got a target on my back,” Gavidia said. “Everybody wants to make Trump look bad. Unfortunately, I took a stand and I even took a bigger stand when I got ridiculed.”

Gavidia has shown his affection towards Trump throughout the years, even taking the hydroxychloroquine treatment, promoted by Trump, when he got COVID-19 earlier this year. “It saved my ass,” he told the Post. Hydroxychloroquine is not an effective or safe treatment for the coronavirus, the FDA has warned.

According to his Linkedin page, Gavidia is a committee member of the Trump Victory Finance political action committee, a major fundraising arm for the president’s re-election. He has been interviewed on Sean Hannity’s Fox television show. Most recently he posted photos of himself with Trump and Donald Trump, Jr. on his Instagram. Days before his arrest, Gavidia attended the Republican National Convention on the White House lawn Thursday night.

The Trump campaign has used the boat parades as a fundraising tool since the boat parade supporters are deemed the President’s fiercest defenders. On Sunday it was reported by the Post that an email was sent out regarding the celebration that is being promoted on Facebook as a major event, including an air show with parachuters and jet fighters. Donald Trump Jr., key Trump campaign fund-raiser Kimberly Guilfoyle and former Florida Attorney General Pam Bondi are expected to be on boats.

In the late 1990s, Gavidia served six months of a 20-month sentence for trafficking marijuana in Virginia. According to the Post, he called the arrest, a “youthful mistake in which he served only as a go-between.”

He was also the former co-owner of a credit card processing company, Direct Connect, and was sued by two investors who said they invested $4 million in the company and did not see any returns. They accused Gavidia of running a “racketeering enterprise.” The suit was eventually dismissed after it was moved to federal court. Gavidia called the lawsuit “a shakedown,” and said the plaintiffs never gave him any money.

In May, it was reported that he crashed his Porsche into a palm tree in the gated community and left the scene of the accident, according to a Jupiter police report on May 12. Gavidia’s wife, Laura Gavidia, told the officer that her husband suffered from a medical episode.

Regarding his most recent charge, Gavidia called it “bogus,” and made it clear on his Facebook page, where he blamed liberals for attacks on him and his family because of his love of all things Trump. If convicted of the charge, he faces up to 15 years in prison.

Exonerated 5’s Yusef Salaam Says if Trump Had His Way, He Would Be ‘Hanging From a Tree In Central Park’

This video is unavailable because we were unable to load a message from our sponsors.

If you are using ad-blocking software, please disable it and reload the page.

Sun Sep 6 , 2020
If you are looking for the best ideas for your portfolio you may want to consider some of Palm Valley Capital Management’s top stock picks. Palm Valley Capital, an investment management firm, is bullish on Gencor Industries Inc (NASDAQ:GENC) stock. In its Q2 2019 investor letter – you can download […] 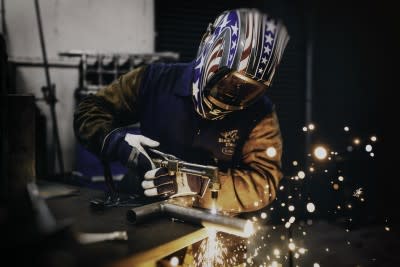