The latest reading of the New York City Recovery Index out of a possible score of 100.

A drop in layoffs and a mini-spike in restaurant reservations have helped the New York City economy gain a little traction toward recovery in the past week. The New York City Recovery Index, a joint project between Investopedia and NY1, now registers 31.6 out of 100 as the city attempts to climb out of the steepest recession in decades. There are also signs in the New York City housing market that activity is improving after stalling throughout June and July.

The NYC Recovery Index increased by 2.5 points on a weekly basis as first-time claims for unemployment increased less than expected. To be sure, 33,591 New York City residents filed for first-time unemployment claims the week ended August 29, and the unemployment rate in the City is 19.4%. But a decrease in the number of new layoffs is a key indicator that New York City’s labor market is finally healing. Unemployment is still the biggest factor impacting the City’s recovery, and will be for months to come. Most of the layoffs have been concentrated in the Services sector of the economy, which includes restaurants, hotels and leisure-related businesses. Until those industries, particularly restaurants and hotels recover, however, job gains will be muted.

New hospitalizations related to COVID-19 continue to decrease, which is exactly what needs to happen for a real recovery to take place. There are still restrictions against dining in restaurants and gatherings in other public places where the virus can spread more easily. These are helping bring down new hospitalizations, but they are hurting the local economy in terms of consumer spending and activity. With New York City schools scheduled to open on September 10th, and the return of summer vacationers, the number of new COVID-19 related hospitalizations will be a key data point in the City’s ongoing recovery.

The good news is that restaurant reservations reported by OpenTable continue to increase. Take a walk around Astoria, Cobble Hill or the Upper West Side of Manhattan and you’ll see large numbers of diners eating outside on curbside tables. You’ll even see lines for those tables down the block in some areas. The bad news is that most of the restaurants offering outside dining and curbside pickup are only operating at 30% capacity, according to the New York Hospitality Alliance. As warm weather wanes, it’s likely that some of these restaurants won’t survive. Still, New Jersey has just announced that dining-in restrictions will be partially lifted this weekend with restaurants permitted to open their doors at 25% capacity, provided they adhere to health guidelines. If New Jersey restaurants are able to do this successfully, it’s a positive sign for New York City.

Applications for new small businesses continue to fluctuate on a weekly basis. They fell last week after rising for several weeks prior, but most of the applications are for single-employee businesses or franchise openings for national chains. Neither represent big hiring opportunities for unemployed residents, but more openings is a net positive for the city’s economy.

The usage of New York City’s subways continues to remain at only 30% of pre-pandemic levels as very few strap-hangers are commuting to work, and schools have yet to begin. That will all change next week after the Labor Day weekend and the start of public schools on September 10th. Many businesses are still not allowing workers back into their offices, so commuter traffic will remain thin until their policies change.

Apartment prices for sale or rent are long time obsessions for New Yorkers, and a key measure of economic health and confidence. We’ll be including a weekly housing index in future releases of the NYC Recovery Index. In the meantime, we have gleaned some interesting results from StreetEasy﻿﻿ , an online marketplace for buyers, sellers and brokers in New York City.

After plunging in March and April, recorded sales for New York City houses and apartments are bouncing back to where we were last year. Recorded sales, which means signed and executed contracts, is still 26% below pre-pandemic levels, but a wave of activity in the past six weeks thanks to ultra-low interest rates and some movement out of the City among some residents, is reigniting the sector. Staten Island, Brooklyn and Manhattan have led the surge in sales, while the Bronx and Queens remain suppressed.

Time on the Market

From March to the end of April, listing times for New York City apartments for sale skyrocketed as real estate activity came to a sudden halt. That began to change in late May, particularly in Brooklyn and Queens. Listing times in Manhattan have remained at their highest levels of the pandemic as high prices may be keeping buyers at bay.

A sharp rise in rental apartment inventories may indicate that some New Yorkers are leaving the City, just as the summer ends. Rental inventory levels have been on the rise since April, particularly in Manhattan, Brooklyn and Queens, to a lesser extent, according to StreetEasy. The Bronx is starting to see an increase while Staten Island has been trending lower since June.

While inventory increases in Manhattan, Brooklyn and Queens, the median asking price for apartment rentals has been declining. The Bronx is bucking that trend, as median rental asking prices have remained stable through the pandemic. Manhattan has seen the sharpest declines, which makes sense given that rental prices are more expensive in that borough than the others.

Sun Sep 13 , 2020
Video Link: https://www.youtube.com/embed/hKNsyLqcfuc Samwoo Industries is a Korean company specializing in baby fabrics and has launched the Mulberry Baby Bath Towel using mulberry fiber. The mulberry baby bath towel has proven its antibiosis and deodorization better than conventional cloth diapers made with bamboo or cotton fibers, and it is characterized […] 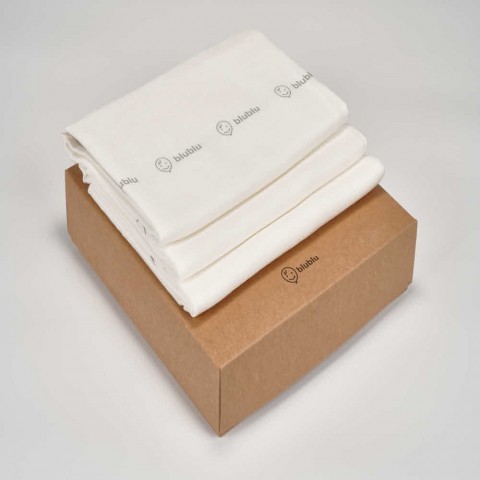