The economy is six months into our government created recession. The output of the economy, Gross Domestic Product (GDP), plunged 33%, primarily because consumers were instructed to lock down at home and many businesses were told to close. This general policy was administered by state governments, with variations unique to each state. The goal was to reduce contagion of Covid-19. A logical policy to stem the spread of the virus, but difficult to administer and enforce.

Unfortunately, these policies were also effective at stemming the flow of dollars to our nation’s small businesses not just containing the spread of the virus. Small businesses produce about half of the private sector GDP and employ about half of all private sector workers. They dominate sectors like non-professional services, restaurants, barber shops, gyms, and dry cleaners, for example. The dramatic reduction in sales experienced by most firms was a shock that demanded an immediate response. Sales revenue pay the bills, including wages, but that all but stopped for many small businesses.

Owners responded quickly, cutting employment dramatically and suddenly. Over 20 million workers were laid off. Millions have returned to work, but total employment is still more than 10 million shy of February levels (the peak of the last expansion) and will likely take years to recover.

The federal government (Congress and the Administration) responded surprisingly quickly (for government), with the Paychecks Protection Program (PPP) and a boost to unemployment benefits of $600/week. Stimulus checks of $1,200 were also mailed to most taxpayers of record. The PPP program offered low interest loans which could be turned into grants if the funds were spent according to the rules. The PPP was designed to support employment and wages even though revenues were drastically reduced. Consumer income soared, the savings rate out of income received soared to a record 33% in April. Consumers had plenty of money to spend but found it difficult to get out and spend it.

Recently asked about future prospects, 5% in an August survey of small business owners said that they would last less than three months under current economic conditions. Sixteen percent figured six months, 19% for a year, and 62% think they can operate for more than a year under current conditions.[1] About half of owners report sales that are 50% or less of pre-Covid levels, a very difficult situation. The key to survival is more sales, foot traffic, and this will require less restrictive government regulation and consumers feeling safer and willing to come out and spend. In the meantime, almost half of the owners will need additional financial support to maintain employment and pay their bills in the near term. A dramatic recovery in sales is one solution but without that, government assistance is the only hope.

Cases Are Rising in Parts of Europe. These 22 Stocks Could Be Second-Wave Proof.

Sun Sep 6 , 2020
Text size A Colruyt supermarket depot at the height of the pandemic in March Getty Images Since Barron’s last screened the Stoxx 600 index for second-wave proof stocks with growth prospects, Europe—once the epicenter of the virus—has seen cases rise again in a number of countries. Global coronavirus cases hit […] 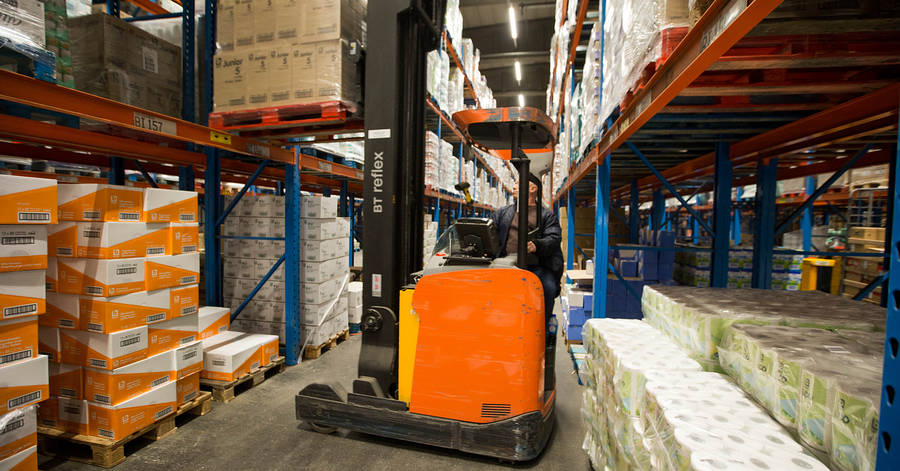