Restaurateur Mark Bucher and his team at Medium Rare have prepared and delivered 10,000 free steak dinners to hungry, home-bound seniors since the start of the pandemic in March. On Mother’s Day, he went big by sending 350 free brunches to local moms over 70 years old. Now Bucher, who co-owns steakhouses in Cleveland Park, Arlington, and Bethesda, is turning his attention to a younger population in need of regular nutritious meals—food insecure students who started the new school year this week.

According to D.C. Hunger Solutions, 77 percent of children in the District relied on free or reduced-price school meals before the pandemic. That number is expected to climb as more parents and guardians rely on unemployment benefits as their only source of income, making them eligible for more kinds of food assistance, according to the nonprofit. And data from the Bureau of Labor Statistics shows that food insecurity—a measure of the availability of food and individuals’ ability to access it—is expected to grow in the region from 48 to 60 percent.

Bucher’s vision for the yet-to-launch “Fill The Fridge Free School Lunch Program” is to place refrigerators at strategic locations throughout the city, where students can swing by in the morning to pick up meals prepared by nearby restaurants. Restaurants win, too, because the program will pay them about $6 per meal, similar to the structure in place at José Andrés‘ World Central Kitchen or Erik Bruner-Yang‘s Power of 10.

“Coming back from the pandemic, restaurants are going to need to do more than just serve customers,” Bucher says. He points out that the failure rate of restaurants was already high before COVID-19 necessitated reduced seating capacities. “Restaurants need to change their model. I’m going to help them by creating a self-sustaining manufacturing process where restaurants will make contract food and get paid for it in the communities that support them.”

His goal is to place the refrigerators stocked with up to 100 lunches per day at DPR Recreation Centers, public libraries, and firehouses throughout the duration of distance learning. “They’ll be restaurant-prepared meals,” Bucher vows. “There will not be bologna sandwiches.” His goal is to exceed the nutritional standards mandated by public schools.

The U.S. Department of Agriculture, which oversees the country’s patchwork of school lunch programs, initially indicated this summer that it wouldn’t renew waivers that would make it easier for students to obtain free and reduced-price meals. The relevant programs were set to expire in September. (The Post reports that school leaders across the country accused the Trump administration of politicizing the program as a way to encourage districts to reopen schools.) The agency eventually announced last month that those programs have been extended through December.

The idea for the community refrigerators came from other cities like Los Angeles, which have installed them in locations accessible to people experiencing homeless. Bucher is open to D.C.’s homeless community utilizing the Fill the Fridge program as well. Nationals Park has already donated a refrigerator for the program’s use and Bucher hopes there are more on the way from the ballpark that isn’t currently feeding fans.

Bucher plans to target locations in Wards 6, 7, and 8, which generally experience higher levels of food insecurity, first. He’ll simultaneously look to install fridges in low-income communities in Montgomery County, where he already has some experience working with the public school system. “I’ve been working with Montgomery County schools to not only develop culinary and hospitality career training but also work with their educational foundation to dignify the school lunch program,” he explains.

He was also involved in a high school lunch program in his home town of Camden, New Jersey. The restaurateur helped come up with a way to redirect leftover funds in graduating seniors’ lunch accounts to pay for meals for students in need of financial assistance for food in a way that wouldn’t reveal their identities.

Helping kids “dine with dignity” has always been a passion of Bucher’s. According to Paige Pokorney of D.C. Hunger Solutions, students who line up for free or reduced price meals are often bullied or shamed by other kids, causing their mental health to suffer. The Fill The Fridge Free School Lunch Program is open to any student who needs or wants lunch, Bucher says. They do not need to be eligible for free or reduced-priced meals to participate.

To bring the program to fruition, Bucher called a friend to connect him to the appropriate city agencies to begin talks on fridge installation. Jonathan Tate has been a firefighter and EMT in the District since 2012. He also founded nonprofit Food on the Stove.

“We provide tools and resources to help firefighters live a healthier lifestyle,” Tate says, adding that 44 percent of on-duty firefighter fatalities were due to sudden cardiac death and underlying heart conditions. His organization primarily offers food demonstrations and health education. For the past 17 weeks they’ve also boxed up nutritious meals, Blue Apron-style, to deliver to firehouses throughout D.C. on Friday nights.

Bucher first met Tate when the pair teamed up for a television spot demonstrating how to safely deep fry turkeys. “Every year we have calls where people burn down their garage or do it in their house,” Tate says. Medium Rare on Barracks Row, before it closed, was famous for offering a free deep-frying turkey service on Thanksgiving morning. Tate was excited when Bucher reached out to him for advice about the program he was trying to get off the ground.

Tate is putting Bucher in touch with the right people at fire stations, rec centers, and public libraries, but clearly states that there’s a long way to go before anything is solidified. “We’re just working through all of the logistics,” Tate says. “Do I think it’s doable? Yes. But because of COVID there are a lot of hoops that we’ll have to go through to make it happen and make sure everyone is safe.”

A representative from the D.C. Department of Parks and Recreation says due to COVID-19, among other operational issues, there’s no guarantee Bucher will be able to utilize its rec centers for the program. Indeed there’s much to hammer out with the city before the program’s official debut. Bucher says he has a call with the D.C. Department of Health next week. He hopes that similar initiatives in New York and Los Angeles show precedence for the feasibility of such a program.

He, and government agencies, will also need to decide whether to staff the refrigerators to ensure that students socially distance in line, and to watch that one kid doesn’t clean out the whole fridge. They’ll also need a system to monitor that the refrigerators are functioning properly and set at the right temperatures, to ensure food safety standards are met. Bucher says he’s working to address these issues.

Despite the hurdles, Bucher started fundraising for the nascent Fill The Fridge Free School Lunch Program this week, and he hopes to be up and running in a few locations by the middle of this month. According to Bucher, Montgomery County public schools are the most game to get started straight away.

There’s a GoFundMe page for individual contributions, but Bucher is also targeting large donors. He’s in talks with the NFL Players Association. They’ve expressed an interest in matching donations.

Bucher anticipates making the first batch of meals at Medium Rare, but he’s actively seeking restaurants to sign on. Those interested in getting involved can contact [email protected] Money from large and small donors will fund the program.

“The solution to our economic problems is government agencies working with people like me and José [Andrés] to support local farmers, grocery stores, and restaurants,” Bucher says. “The government has the money, they just can’t get their own way to deploy it right.”

Since 1981, Washington City Paper has been D.C.’s hyperlocal news authority—a scrappy, delightful, and comprehensive source of information for the people who make their lives in our wonderful city. Each week in print—and every day across our heavily travelled news, food, community, health, entertainment, and politics platforms—we provide updates on the latest developments in the D.C. area at a time when our civic profile has never been higher.

Wed Sep 16 , 2020
Facebook falsely claimed responsibility for removing an event page tied to a Kenosha militia following fatal shootings last week, a report claims. Conflicting with a statement made by the social network’s CEO Mark Zuckerberg, who credited his own teams with removing the page and its parent account, BuzzFeed News determined […] 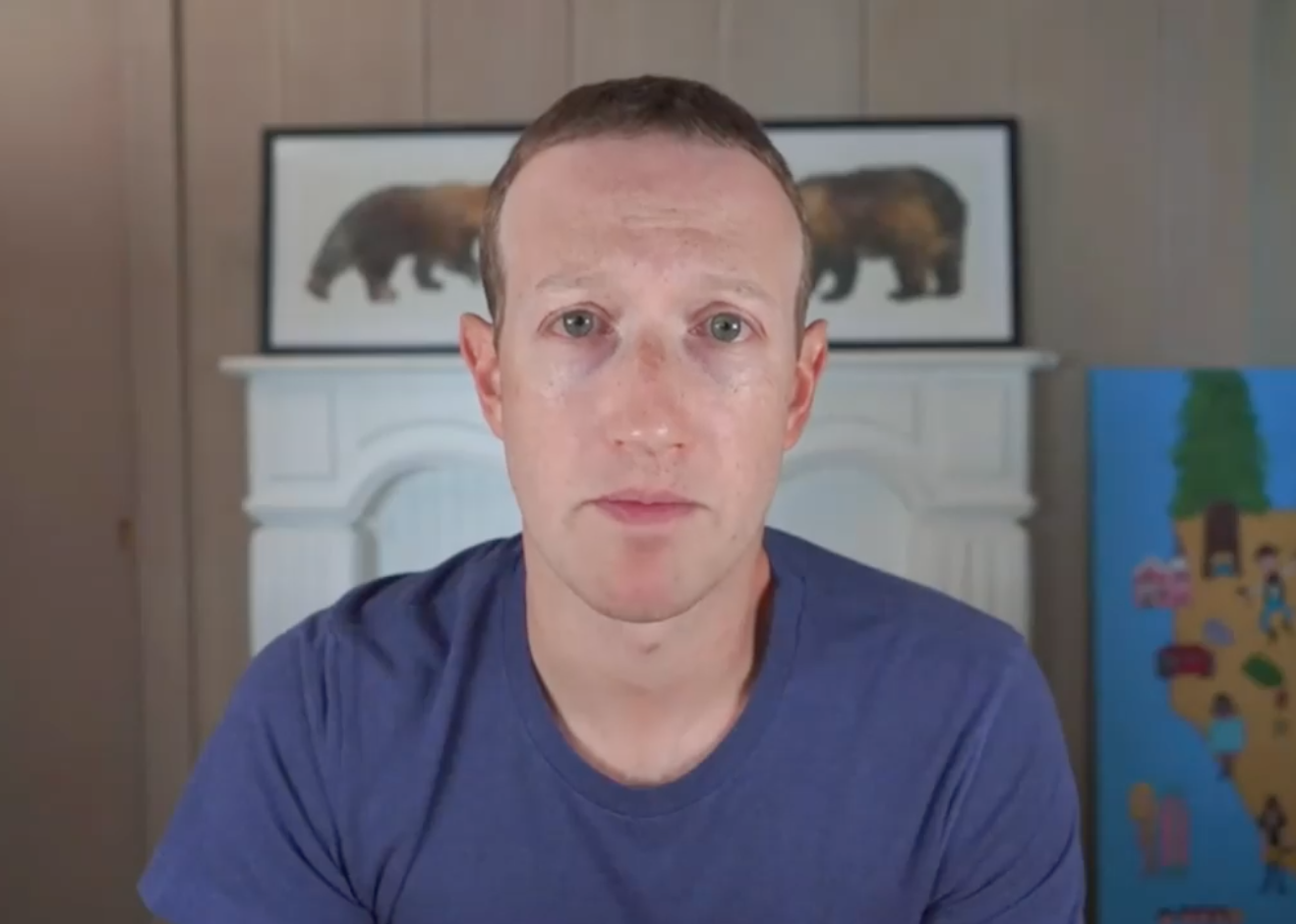