John K. Stewart, shown speaking at a City Hall tax rally in April 2012, played a central role in building or restoring some of San Francisco’s most noteworthy low-income public housing,

A gregarious, larger-than-life man who built more than 6,400 apartments and managed more than 33,000, Stewart played a central role in building or restoring some of San Francisco’s most noteworthy low-income public housing, including North Beach Place and Hunters View, often cobbling together complex financing to make the deals happen.

Carol Galante, professor of affordable housing and urban policy at UC Berkeley and former president of Bridge Housing, said Stewart was someone “who did everything with a sense of humor, but behind that joking he was an incredible man of integrity.”

“He had such a big heart and was so passionate about making the world a better place,” she said.

Stewart grew up in San Francisco and Palo Alto, and was a football and track star at both Palo Alto High School, where he was the 1952 Examiner Northern California athlete of the year, and Stanford University, where he majored in history.

After college he worked briefly at U.S. Steel and then at TRW, an industrial conglomerate, where he spent 15 years in the company’s L.A. and Houston offices. There he got interested in housing development while exploring whether the aluminum panels the company made could be mass-produced for affordable housing. That project didn’t bear out but his efforts were noticed by Houston’s mayor, who asked him to create an affordable housing plan for the city.

In 1975 he moved back to San Francisco to be closer to his three children, who had relocated with their mother to Sonoma County after a divorce. Three years later he started the John Stewart Co. with three employees. The company now has 1,500 employees.

Stewart often said that he was attracted to byzantine “brain damage” projects that required an array of public and private funding sources. One of his early San Francisco projects was Mercy Family Plaza on Hayes Street, which was the first development in California to use both low-income housing tax credits and historic tax credits. That opened in 1992. Around the same time he built one of the Bay Area’s first transit-oriented developments, Del Norte Place, a 135-unit mixed-income development next to the Del Norte BART Station in El Cerrito.

Stewart referred to himself as a “recovering Republican.” In 2012 he organized a “tax day” demonstration on the steps of San Francisco City Hall. He was joined by other well-to-do business leaders who held signs insisting that they pay higher taxes. He called the group “Tax Us.”

“We are the cohort that wants to pay more taxes,” he told the San Francisco Business Times at the time. “We’re 5-percenters. We’ve all had reasonably productive careers.”

Mayor London Breed said she met Stewart more than 20 years ago when she worked at the Treasure Island Development Authority. At the time, the John Stewart Co. had been tapped to manage the former military housing on the base, some of it being made available to homeless families. Stewart and his wife, Gussie, worked to collect new furniture and appliances so that the families moving into the housing had fully furnished apartments, Breed said.

“That’s what made John special. His vision was to truly improve the lives of those in need,” Breed said. “He was about lifting people up and he cared deeply for the communities he was creating.”

Jack Gardner, CEO of the John Stewart Co. for the last 19 years, said Stewart was especially proud of several recent projects. One of those was 88 Broadway on San Francisco’s northern waterfront. It includes a wide variety of affordable housing types — senior, family and middle-income — plus units set aside for the formerly homeless. There is also has a child-care center, which Stewart and his wife largely funded with their own money.

“He was always cooking up really creative ways to get private capital into the good work being done in the affordable housing sector,” Gardner said.

Another career milestone came just two weeks before he died: the final approvals for the 129-unit transformation of a historic cannery in Santa Rosa’s Railroad Square into affordable senior housing. It was a development Stewart had been working since 1999.

A celebration of John’s life will take place post pandemic.

How to Do Laundry - Smarter Living Guides

Wed Sep 16 , 2020
Mastering your machines is only one part of becoming a Laundry Day champion. To really level up, you must understand how different fabrics — everything from gym clothes to fine woolen textiles — behave in the face of water, detergents, agitation and heat. Understanding how to use fabric content information […] 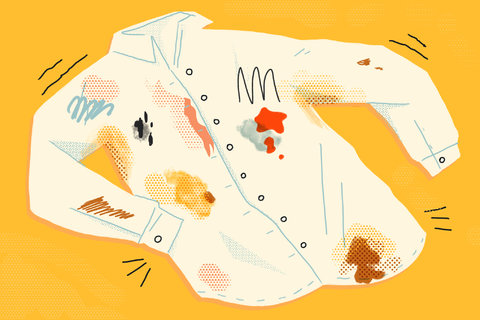