The Internal Revenue Service — an arm of the U.S. Treasury Department — has completed work on two documents that might, or might not, increase U.S. life insurance companies’ federal income taxes.

The other document, IRS Revenue Ruling 2020-19, governs when a reserving change a life insurer makes is significant enough to count as a “change in basis” for income tax calculation purposes. That document is supposed to help life insurers apply the new final reserve computation and reporting regulations.

The IRS developed the new regulations and the revenue ruling to implement the current version of Section 807(f) of the Internal Revenue Code (IRC).

Congress updated IRC Section 807(f) when it passed the Tax Cuts and Jobs Act of 2017 (TCJA). The TCJA drafters tried to pay for some of the tax cuts in the legislation by including Section 13513, which deals with how life insurers include the effects of reserve computation changes in their tax returns.

The Joint Committee on Taxation predicted in November 2017 that a version of the life reserve tax rule change it reviewed could bring in about $1.3 billion in extra tax revenue over 10 years, or an average of $130 million per year. Life insurers spent a total of about $11 billion on income taxes in 2017, according to the American Council of Life Insurers.

The actual income tax impact could be different from the estimate. Life insurers could end up including any impact in the cost of life and annuity products, or in product features, or they could let any change in tax payments flow through to their earnings.

IRS regulations treat a change in the “basis of computing” some items relevant to life insurance company income taxes as change in accounting methods, and a life insurer must get permission from the IRS secretary to make that kind of change in basis, IRS officials write in the preamble, or official introduction, to the new final regulations.

One part of the new regulations could create a gap between what the IRS classifies as a life insurer’s reserves and what state insurance regulators see as an acceptable level of reserves, officials say.

Under rules developed by the National Association of Insurance Commissioners, states may ask life insurers to add “asset adequacy” reserves for products, to make sure that the insurers can make good on benefits promises to the holders of products facing challenges, such as low investment returns or high claim costs.

The new regulations provide that “that no asset adequacy reserve may be included in the amount of life insurance reserves” included in the accounting change impact calculations, IRS officials say in the preamble.

Officials say one commenter “took the position that a change in basis of computing an item referred to in [IRC} Section 807(c) is not a change in method of accounting that should require consent” from the IRS commissioner.

“The Treasury Department and the IRS do not agree with this position,” IRS officials say. “The computation of reserves has always been a method of accounting.”

The IRS lists Ian Follansbee as a contact person both for the final regulations and for the revenue ruling.

— Read 6 Ways the Senate Tax Bill Could Juice the Life Sector, on ThinkAdvisor.

Wed Sep 16 , 2020
TipRanks Oppenheimer: 3 Stocks That Could Surge Over 100% From Current Levels So far, September has been a wild ride of ups and downs. Following the recent bout of volatility, stocks have ticked higher again. But as uncertainty regarding another rescue program and the presidential election continues to linger, where […] 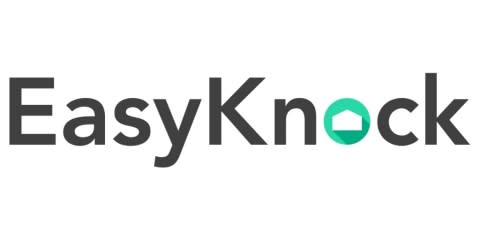