The White House and congressional Democrats had still not agreed on a plan Thursday evening for the passage of more fiscal stimulus as new government data showed continuing strain on consumers impacted by the coronavirus downturn.

A top aide to Democratic House Speaker Nancy Pelosi said the lawmaker had held discussions with Treasury Secretary Steven Mnuchin regarding “further clarifications on amounts and language,” but distance on key areas remain.

Asked by journalists late Thursday whether a chance still remained for an agreement, Pelosi replied: “I don’t know.”

The talks aim to break a weeks-long deadlock on passing more stimulus for the world’s largest economy, which has seen massive layoffs and a sharp contraction in annualized GDP due to business shutdowns to stop Covid-19.

Negotiations resumed this week, again creating expectations that a follow-up bill for the $2.2 trillion CARES Act could be passed.

The Democratic-majority House passed the $2.2 trillion aid proposal on Tuesday in a largely symbolic vote because of its slim chances of passing in the Republican-majority Senate.

President Donald Trump’s spokeswoman Kayleigh McEnany rejected that bill, saying the White House was ready to back spending $1.6 trillion, including $250 billion for state and local governments and $150 billion for schools, both key areas of dispute with Democrats.

“Nancy Pelosi is not being serious. If she becomes serious, then we can have a discussion here,” McEnany said.

Major airlines began laying off workers on Thursday, which marked the expiration of a period in which they promised not to do so in exchange for receiving federal aid under the CARES Act.

The cuts came as new government data showed the economic effects of the prolonged downturn and the August expiration of the $600 extra weekly payments to the unemployed paid for by the CARES Act.

The Labor Department reported 837,000 new jobless claim filings last week, down 36,000 from the week prior but still well above the single worst week of the 2008-2010 global financial crisis.

The Commerce Department also reported a 1.0 percent rise in personal consumption expenditures even as income fell 2.7 percent in August, fueled by consumers dipping into their savings after the extra unemployment benefits ended.

US air carriers facing sharp falls in demand for travel were given billions of dollars under the CARES Act in exchange for not laying off workers until October.

With that deadline passed and aid requested by unions and the airlines themselves not forthcoming from Congress, American and United airlines were the first to announce cuts, saying they would begin furloughing 19,000 and 13,000 workers, respectively.

The job cuts underscore how, despite the improvement in the unemployment rate — which spiked to 14.7 percent in April after the business shutdowns but then moderated to 8.4 percent in August — layoffs remain a continued threat.

The jobless claims data for the week ended September 26 did indicate a downward trajectory in new filings.

But they also showed that the number of people filing under the Pandemic Unemployment Assistance (PUA) program for workers who aren’t normally eligible rose by more than 34,000 to 650,120.

The four-week moving average of new regular claims is decreasing by less than 12,000 per week, and at that rate, Ian Shepherdson of Pantheon Macroeconomics said claims are set to reach 665,000 per week — the level of the worst single week of the global financial crisis — in January 2021.

“The labor market clearly is still in turmoil,” he said.

The Commerce Department data showing the larger than expected fall in income and rise in spending provided a worrying explanation: American consumers who benefited from the CARES Act are relying on their savings.

The savings rate fell in August to 14.1 percent from 17.8 percent in July, the data said, which Gregory Daco of Oxford Economics warned was “not a sustainable reality.”

“Needless to say, a lot rides on Congress’ shoulders in supporting the economy into 2021,” he said.

The Institute for Supply Management separately released its September report on the manufacturing industry, showing it continuing its recovery from downturn earlier this year albeit at a slightly slower pace.

Sat Oct 3 , 2020
Here’s what’s happening in and around Los Angeles in October. The Abbey/Abbey Road Launch Italian Nights WeHo’s The Abbey has launched Italian Night at Abbey Road. Located in a charming alley next to The Abbey’s lively patio is a pretty romantic dining spot. Every Tuesday night becomes Italian night with […] 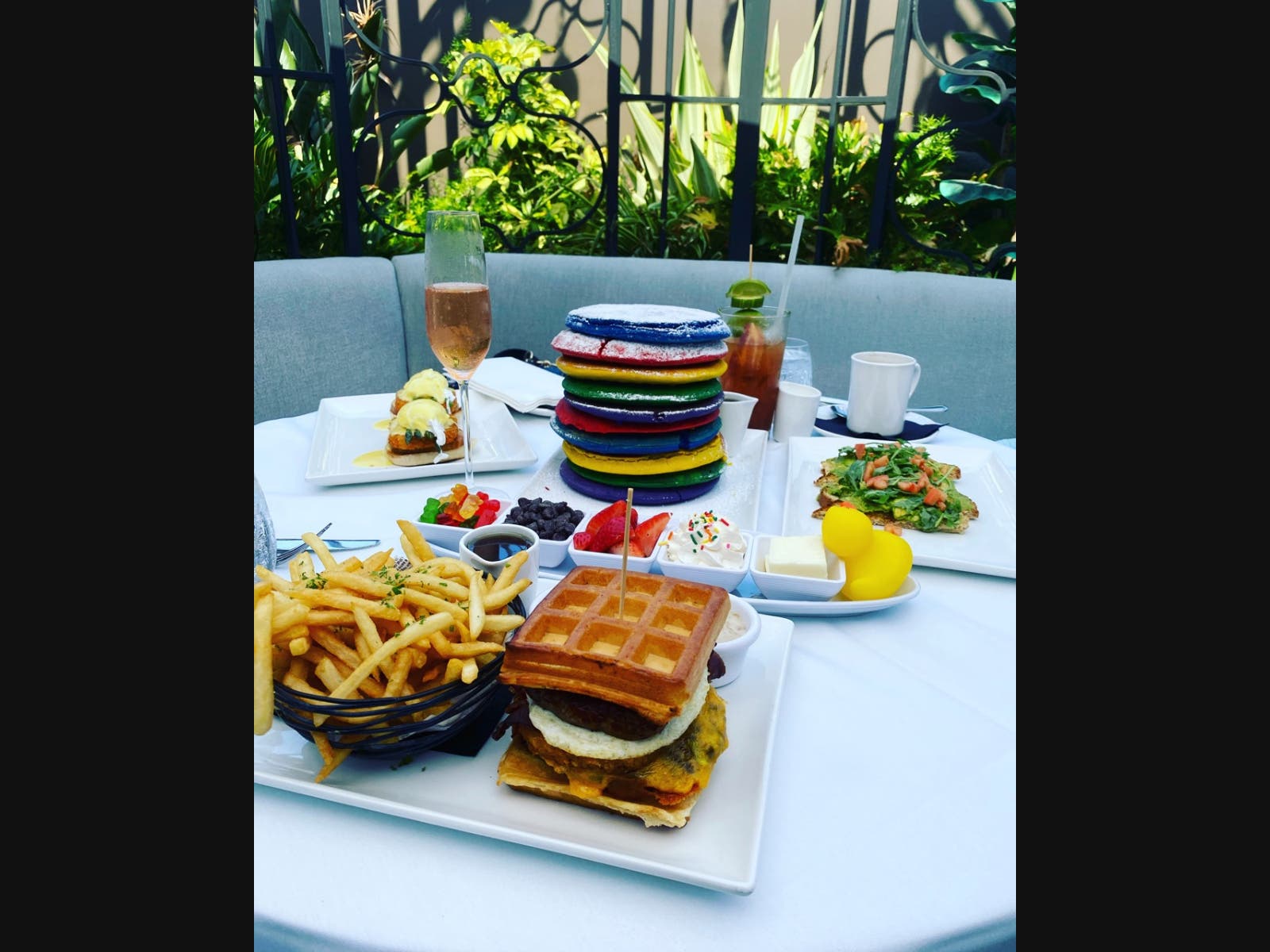