Skip to content
Fortnite fans can now experience the biggest Marvel takeover yet. Fortnite Update v14.10 has added Iron Man’s Stark Industries to the map and also features even more superpowers, weapons, and a special take on Operation: Knockout.

Players will now be able to explore Stark Industries. The building is hiding collectable loot as well as a “Hero (or Villain).” Stark Industries is the biggest Marvel addition so far and can be found in the northeast corner of the map.

The update also features several new superpowers. Thor’s Mjolnir Strike allows players to use Thor’s iconic hammer to attack an targeted location. Players can blast fire at opponents and launch into the sky with the new Iron Man’s Repulsor Gauntlets.

The new update also features “Marvel Knockout.” Marvel Knockout is a take on the existing Operation: Knockout mode and is particularly intended for players to show off their superpowers. Teams will need to “utilize super powers to be the best team on the tournament bracket.”

The latest Fortnite update is available for the Playstation 4, Xbox One, Nintendo Switch, and Android, but is unsurprisingly missing on iOS devices. Fortnite and other Epic Games apps were removed from the Apple’s App Store after Epic Games violated Apple’s terms of service. A major lawsuit is currently underway in which Epic Games claims that Apple’s practices are anti-competitive. 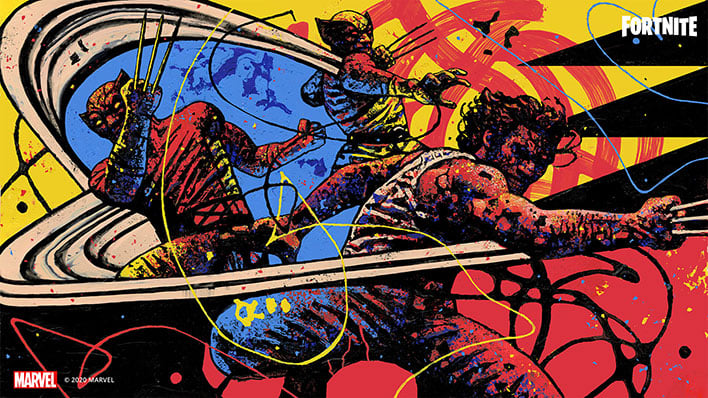 This means that there is no way for Apple users to receive the latest updates. Epic Games recently sent an email stated that Apple is “…blocking Fortnite updates and new installs on the App Store, and has said they will terminate our ability to develop Fortnite for Apple devices. As a result, the Chapter 2 – Season 4 update (v14.00), did not release on iOS and macOS on August 27.”

It is unclear whether Epic Games purposely timed their lawsuit to coincide with the release of their new update. It is estimated that there were 116 million Fortnite iOS players worldwide, or one-third of Fortnite players. Epic Games also claimed that two-thirds of those 116 million players only player on their iOS device. Epic Games may be hoping that these players will pressure Apple into altering their existing policies. It is also likely that the timing of the lawsuit and update is simply coincidental. Epic Games has not offered any answer to these questions.

Sun Sep 13 , 2020
Equitable Holdings, Inc. (NYSE: EQH) announced today that Mark Pearson, President and Chief Executive Officer of Equitable Holdings, will participate in a fireside chat at the Barclays Global Financial Services Conference on Tuesday, September 15, 2020 at 7:30 a.m. ET. A live audio webcast will be accessible on the Equitable […]