(Bloomberg) — Europe may be staring down the barrel of its worst recession in living memory, but its market for initial public offerings has held up well thus far, all things considered.

“This is a very healthy IPO market given that we are in an economic recession,” said Manuel Esteve, Barclays Plc’s head of equity capital markets for continental Europe.

IPOs worth about $21.3 billion have been announced across Europe this year, which is only a 9% drop from the same period last year, according to data compiled by Bloomberg. In contrast, past financial shocks such as the aftermath of the dot-com bubble in early 2000s, the global financial crisis of 2008-2009 and the European debt crisis that followed saw yearly proceeds drop by more than 60%, the data show.


Still, beneath the surface, the picture is uneven. Offerings with a touch of technology or sustainability have been particularly sought after by investors, while companies in more traditional sectors have been a tougher sell, with some recent listings falling flat.

And Europe still trails far behind the booming IPO markets in the U.S. and Asia, which are seeing a rush of blockbuster deals like Snowflake Inc. and Ant Financial’s record-breaking planned float.

More than half of this year’s IPO proceeds in Europe have been raised over the past month alone, with Poland’s Allegro.eu SA and Britain’s THG Holdings Ltd. selling shares worth billions of dollars as consumers, largely stuck indoors while the pandemic rages on, turn to online shopping. Allegro priced its share sale at the top of a marketed range and increased the deal size, while THG’s fixed-price offering led to one of London’s best IPO pops in two years.

Yet, just as listings began to gather steam in Europe after months of inactivity, spiking coronavirus infections roiled equity markets, creating a trickier environment to pitch IPOs and for new stocks to start trading.

“Investors are gravitating toward big, liquid situations whereas the smaller transactions, in less mainstream sectors are more uncertain,” Esteve said, adding that the IPO market is “very much alive” with a strong pipeline of candidates.

For companies looking to float this year only a tight gap remains, with the hotly-contested U.S. presidential election in November curtailing the listing window. There will likely be a few IPOs in Europe before that, with uncertainty in the broader market prompting companies to accelerate processes, said Edward Sankey, HSBC Holdings Plc’s global head of equity capital markets.

There are unlikely to be a large number of listings, according to Sankey, who said that a number will “drift” into 2021, as others have due to the pandemic.

Academic publisher Springer Nature is said to have postponed what would have been Germany’s biggest IPO in more than a year, Bloomberg reported. And it’s not the only one to cite market conditions in calling off listings. Commercial real estate firm Epic Suisse AG said last week it’s shelved a planned float in Zurich, while serial dealmaker Martin Franklin is not going ahead with a London share sale for a new blank-check company.

Where Creative Potential Comes From

Sun Oct 11 , 2020
Where does creative potential come from? Source: Juan Martin/Unsplash Scientists studying creativity from around the world gathered last week at a virtual conference organized by the Marconi Institute for Creativity (Bologna, Italy) and the International Society for the Study of Creativity and Innovation to discuss the nature of creative potential. […] 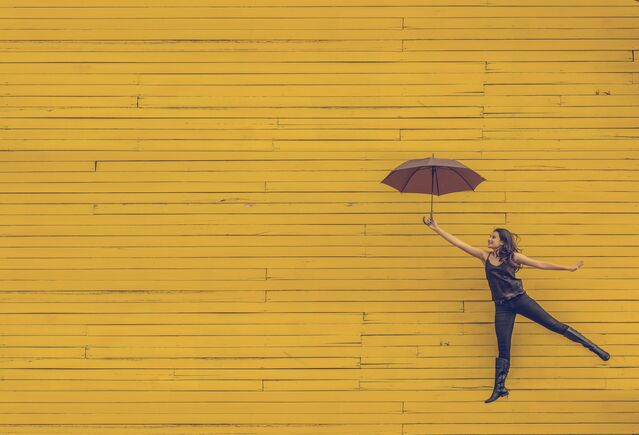