WASHINGTON — A report commissioned by federal regulators overseeing the nation’s commodities markets has concluded that climate change threatens U.S. financial markets, as the costs of wildfires, storms, droughts and floods spread through insurance and mortgage markets, pension funds and other financial institutions.

“A world wracked by frequent and devastating shocks from climate change cannot sustain the fundamental conditions supporting our financial system,” concluded the report, “Managing Climate Risk in the Financial System,” which was requested last year by the Commodity Futures Trading Commission and set for release on Wednesday morning.

Those observations are not entirely new, but they carry new weight coming with the imprimatur of the regulator of complex financial instruments like futures, swaps and other derivatives that help fix the price of commodities like corn, oil and wheat. It is the first wide-ranging federal government study focused on the specific impacts of climate change on Wall Street.

Perhaps most notable is that it is being published at all. The Trump administration has suppressed, altered or watered down government science around climate change as it pushes an aggressive agenda of environmental deregulation that it hopes will spur economic growth.

The new report asserts that doing nothing to avert climate change will do the opposite.

“This is the first time a government entity has looked at the impacts of climate change on financial markets in the U.S.,” said Robert Litterman, the chairman of the panel that produced the report and a founding partner of Kepos Capital, an investment firm based in New York. “Rather than saying, ‘What’s the science?’ this is saying, ‘What’s the financial risk?’”

The commodities regulator, which is made up of three Republicans and two Democrats, all of whom were appointed by President Trump, voted unanimously last summer to create an advisory panel drawn from the world of finance and charged with producing a report on the effects of the warming world on financial markets. The initial proposal for the report came from Rostin Behnam, one of the panel’s two Democrats, but the report is written by dozens of analysts from investment firms including Morgan Stanley, S&P Global and Vanguard; the oil companies BP and ConocoPhillips; and the agricultural trader Cargill, as well as academic experts and environmental groups.

It includes recommendations for new corporate regulations and the reversal of at least one Trump administration policy.

“It was shocking when they asked me to do this,” Mr. Litterman said. “This is members of the entire community involved in financial markets saying with one voice, ‘This is a serious problem, and it has to be addressed.’”

A White House spokesman, Judd Deere, declined on Tuesday to comment on the report because the White House had not yet seen it.

Douglas Holtz-Eakin, president of the American Action Forum, a conservative research organization, who served as economic adviser to John McCain’s 2008 presidential campaign, said: “This was initiated by the Trump administration. It is the only document of its type.”

He added, “If you’re denying this exists, you don’t ask for a report on it.”

The Republican chairman of the C.F.T.C., Heath Tarbert, acknowledged the risk of climate change, but he noted that the report also detailed what the regulators called “transition risk” — the financial harm that could befall the fossil fuel industry if the government enacted aggressive policies to curb carbon dioxide pollution.

“I appreciate Commissioner Behnam’s leadership on convening various private sector perspectives on the important topic of climate risk,” Mr. Tarbert said in a statement. “The subcommittee’s report acknowledges that ‘transition risks’ of a green economy could be just as disruptive to our financial system as the possible physical manifestations of climate change, and that moving too fast, too soon could be just as disorderly as doing too little, too late. This underscores why it is so important for policymakers to get this right.”

The authors of the report acknowledged that if Mr. Trump is re-elected, his administration is all but certain to ignore the report and its recommendations.

Instead, they said they saw the document as a policy road map for a Joseph R. Biden Jr. administration.

Mr. Biden’s climate policy proposals are the most ambitious and expensive ever embraced by a presidential candidate, and most of them would meet resistance in Congress. But even without legislation, he could press forward with regulatory changes. Lael Brainard, a Federal Reserve governor who is seen as a top contender to be Treasury secretary in a Biden administration, has called for financial regulators to treat climate change as a significant risk to the financial system.

In calling for climate-driven policy changes, the report’s authors likened the financial risk of global warming to the threat posed by the coronavirus today and by mortgage-backed securities that precipitated the financial crash in 2008.

One crucial difference, they said, is that in the case of climate change, financial volatility and loss are likely to be spread out over time, as they hit different regions and markets. Insurance companies could withdraw from California in the wake of devastating wildfires, and home values could plummet on coastlines and in floodplains. In the Midwest, banks could limit loans during or after extended droughts that drastically lower crop yields. All of those problems will be exacerbated by climate change, but they are unlikely to hit all at once.

“Financial markets are really good at managing risk to help us provide credit, so that the economy can flourish,” said Leonardo Martinez-Diaz, an editor of the report who served as senior official at the Treasury Department during the Obama administration. But, he added, the system breaks down “when it’s no longer able to manage risk, when it’s invisible, it’s not captured by the price of stocks.”

“That’s what we saw in the financial crisis of 2008, and it’s as relevant now on climate change as it was then on mortgage-backed securities,” he said.

Among the first of those risks already pervading the markets, the report’s authors say, are falling home prices and rising mortgage default rates in regions where wildfires and flooding are worsening.

“Climate change is linked to devaluing home values,” said Jesse Keenan, an editor of the report and a professor of real estate at Tulane University in New Orleans.

“If in your town, your house is devalued, that makes it harder for your local government to raise money,” he said. “That’s one set of risks that could lead to a contagion and broader instability across financial markets.”

Extreme weather could cause swings in agricultural commodity prices, the report warns, and climate-spurred market volatility could afflict pension and retirement funds, which invest across a range of asset classes.

“Climate change is one of the top three risks to our fund,” said Divya Mankikar, an author of the report and an investment manager at the California Public Employees’ Retirement System, the country’s biggest public pension fund “We pay pension and health benefits to over two million current and former state employees. So the payout is decades out.”

It emphasizes the need to put a price on carbon emissions, which is often done either by taxing or through an emissions trading system that caps carbon emissions and allots credits that polluters can buy and sell under that cap.

The report calls for the reversal of a proposed rule being put forward by the Trump administration’s Labor Department that would forbid retirement investment managers from considering environmental consequences in their financial recommendations.

“If there’s any class of investors that should be thinking about the long run, it’s retirement funds and pension funds,” said Nathaniel Keohane, an author of the report and an economist at the Environmental Defense Fund, an advocacy group.

The report suggests that the Financial Stability Oversight Council, a Treasury Department-led body created in the wake of the 2008 crisis, incorporates climate risks into its annual report and its communications with Congress. It suggests that the Federal Reserve and other major financial regulators join international coalitions that focus on climate threats.

The report also suggests that bank regulators should roll out a climate risk stress testing pilot program. Such stress tests, which assess how bank balance sheets and the broader system would fare in bad climate-related economic scenarios, have been under development in Britain and elsewhere in Europe.

The authors also recommend that another financial regulator, the Securities and Exchange Commission, strengthen its existing requirements that publicly traded companies disclose the risks to their bottom lines associated with climate change.

Coca-Cola has noted in its financial disclosures that water shortages driven by climate change pose a risk to its production chains and profitability. But many other companies “just check the box” on that requirement, Mr. Keohane said.

Such disclosures should also include the risk to companies’ bottom lines posed by future policies designed to mitigate climate change, such as taxes or regulations on carbon dioxide pollution, which could hurt fossil fuel producers.

“If carbon risk is priced, this will add cost to the oil and gas industry,” said Betty Simkins, a report author and professor of finance at Oklahoma State University in Stillwater. “But they need to be prepared for this. It’s better for the companies to disclose the risk and be as financially fit as possible.”

Wed Sep 9 , 2020
GRAND RAPIDS, Mich. (WOOD) – With the economy and market so uncertain this year, we are all wondering how to best take care of our retirement funds. This is an especially urgent issue for folks planning to retire within the next three to five years. We continue this conversation today […] 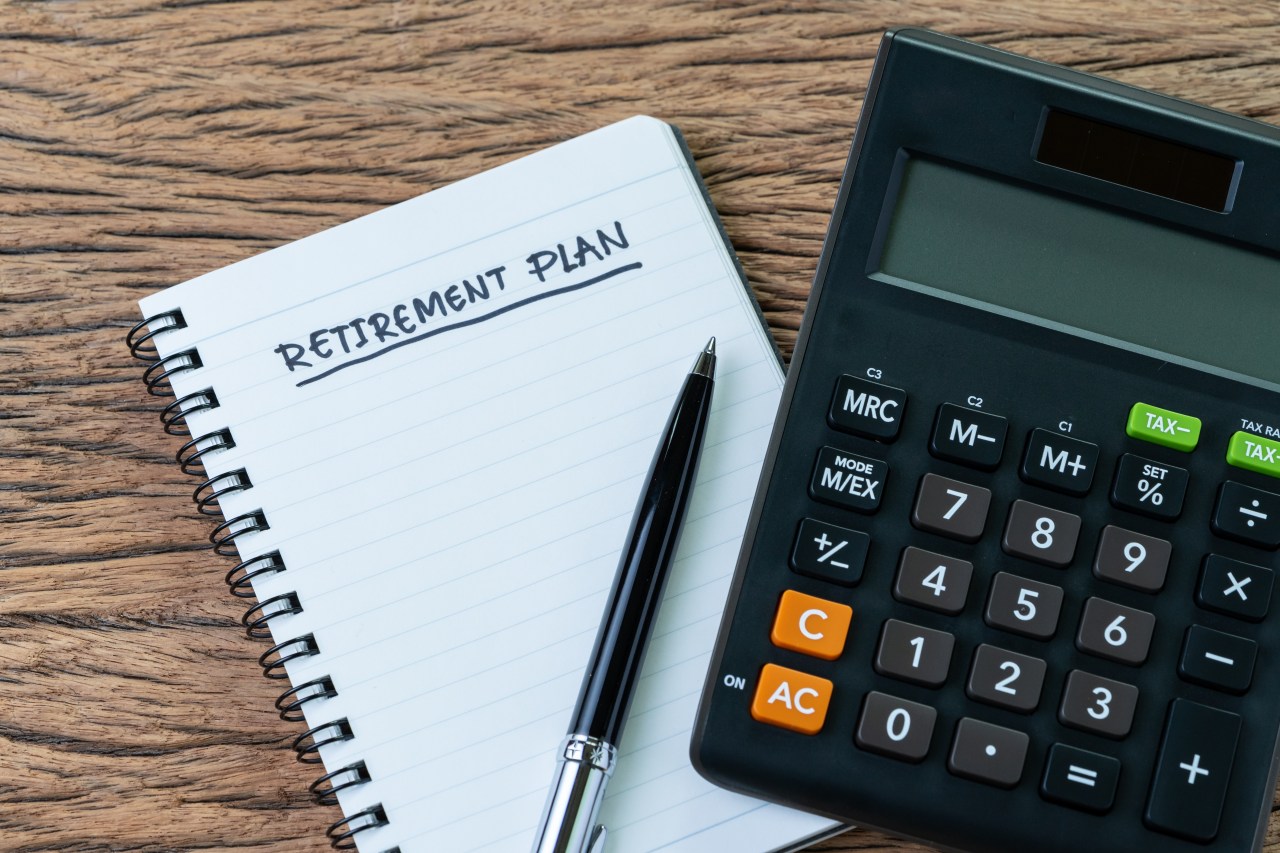