After originally saying a non-profit was picking up the tab, Missouri awarded a lucrative no-bid contract to the consulting firm of retired four-star Army general Stanley McChrystal for help with the state’s response to the COVID-19 pandemic.

In early May, Gov. Mike Parson told reporters that the St. Louis-based Missouri Foundation for Health would cover up to $600,000 of expenses for McChrystal’s firm. But by the end the month, the funding source had switched to federal aid money.

The contract was awarded without a competitive bidding process.

Parson spokesperson Kelli Jones pointed to Missouri’s emergency procurement statute, which states that the competitive bidding requirement may be waived “when the commissioner of administration has determined that there exists a threat to life, property, public health or public safety…”

“Emergency procurement shall be made with as much competition as is practicable under the circumstances,” reads the statute.

“It is not coming out of Missouri funds at all. It’s not any money out of state government or the state of Missouri. It’s CARES Act funding,” Jones said.

Missouri received approximately $2.4 billion through the CARES Act, which was signed into law in late March. The state has spent over $1.5 billion of that aid.

Jones said she could not explain the abrupt change in funding at the end of May.

“Honestly, I do not have an answer to that,” she said. “I don’t even know what the total amount for sure ended up being from the Missouri Foundation for Health.”

Jones referred The Star to Chris Moreland, communications director for the Office of Administration, who did not respond to requests for comment Tuesday afternoon.

A spokesperson for the Missouri Foundation for Health declined to comment.

Jones said the state’s partnership with the McChrystal Group should be a “positive story.”

She said the consulting firm has led “a number of scenario-based exercises and problem solving sessions that are informing and improving coordination with external partners.”

“These efforts include, but are not limited to, school reopening, expansion of testing capability, and contact tracing,” Jones said.

She said the firm aggregates Missouri data and information but does not generate any data of its own.

“Every state department participates in forums coordinated by the McChrystal Group and led by state teams each week to hear new information, analysis, updates on ongoing actions and discuss policy recommendations,” Jones said.

A spokesperson for the McChrystal Group did not respond to requests for comment Tuesday afternoon.

McChrystal, 65, was the top commander of U.S. and international forces in Afghanistan until he resigned in 2010 following a Rolling Stone article featuring disparaging remarks he and his staff made about some of then-President Barack Obama’s senior civilian advisers — most notably his vice president, Joe Biden.

The City of Boston awarded a $1 million no-bid contract to the McChrystal Group in March to help with the city’s response to the virus.

Thu Sep 3 , 2020
TipRanks 3 “Strong Buy” Dividend Stocks Yielding Over 6% The bullish trend, which has been going on five months now, continues. The S&P 500 and NASDAQ set a new all—time high, and the Dow Jones is holding above 28,000, a level it has not seen since the end of February.But […] 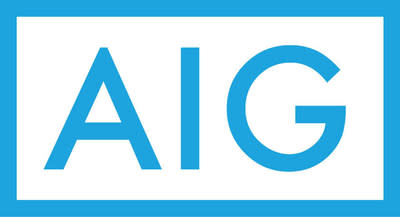