Officials will consider a measure that would temporarily allow restaurants to increase individual customer’s bills by up to 10 percent. (iStock)

UPDATED, Wednesday, Sept. 16, 2020, 3:08 p.m.: The City Council on Wednesday approved a spate of bills that could have wide-ranging consequences for the real estate industry, including a bill that would allow restaurants to add a Covid-19 surcharge to customers’ checks.

Officials voted nearly unanimously in favor of the measure, which would temporarily allow restaurants to increase individual customer’s bills by up to 10 percent. The legislation lets establishments apply the “Covid-19 recovery charge” for 90 days after the resumption of indoor dining on Sept. 30.

Restaurants have been hit particularly hard by the coronavirus pandemic: A recent survey by the New York State Restaurant Association found that 64 percent of restaurateurs expect to close by the end of this year. Many have been struggling to make rent since the city and state went into lockdown in March.

While the measure is viewed as a potential boon to eateries that have operated at limited capacity during the pandemic, not everyone is convinced that it will benefit workers at these struggling businesses. Brooklyn Council member Brad Lander was the only vote against the measure during a hearing held by the Committee on Consumer Affairs and Business Licensing Wednesday morning.

Lander, a candidate for city comptroller next year, said he would prefer that the measure guarantee that the extra revenue is passed onto restaurant workers or that serving staff is making minimum wage.

“Our restaurants are hurting, but boy our restaurant workers are the ones who can’t pay their rent or put food on their own table,” he said. Lander claimed that the measure could lead to customers tipping less. One Fair Wage, a coalition of tipped and sub-minimum wage workers, is also calling on the Council to vote down the measure, arguing that it would hurt workers.

Council member Antonio Reynoso proposed an amendment that would require restaurants who apply the surcharge to pay employees a minimum of $15/hour, but Council speaker Corey Johnson indicated during a press conference today that the city doesn’t have the authority to enforce such a measure. Johnson later said that he instructed Council staff to explore options, including calling on Albany to step in, to ensure that minimum-wage restaurant workers aren’t left behind.

Ahead of Wednesday’s full vote, Reynoso noted his disappointment that the Council hasn’t prioritized measures that help minimum-wage workers. However, he ultimately supported the bill, without his amendment, saying he was looking forward to the Council further discussing how best to help workers.

The restaurant industry has long sought the authority to add an administrative charge to customers’ bills as a way to share revenue with back-of-the-house workers, who by law cannot participate in tipping pools. The proposed charge is seen as less likely to scare off customers than higher menu prices.

The Council also approved a bill that bars affordable housing developers who receive city funding from considering a prospective tenant’s credit history, as well as student loan or medical debt, when renting out an apartment. Delinquent debt — defined as a collection account or consumer debt judgment — that exceeds $12,000 would be exempt from the bill.

The City Council additionally passed a measure that would require the Department of Buildings to study the feasibility and safety of using unmanned aircraft systems, i.e. drones, to conduct building facade inspections. The measure was proposed shortly after two pedestrians were killed by debris that fell from buildings in Midtown and Flushing. Under city law, all buildings taller than six stories must undergo periodic facade inspections.

The Council also discussed a proposed measure that would further prevent commercial landlords from going after tenants’ personal assets in the event of a lease default. The initial measure, approved in May, applied to defaults that occurred between March 7, 2020, and September 30, 2020. The latest bill would extend that timeline through March 31, 2021.

Editor’s note: This story was updated to reflect the outcome of the City Council’s meeting.

'Check up on everyone', says HopeWalk organiser after 2020 event postponed

Thu Sep 17 , 2020
Scott Hammond/Stuff HopeWalk organisers Bary and Wendy Neal are planning a smaller gathering at Seymour Square, after the postponement of this year’s event. A Marlborough man who lost his son to suicide four years ago is “gutted” to postpone this year’s Blenheim HopeWalk, when “this year, more than any, people […] 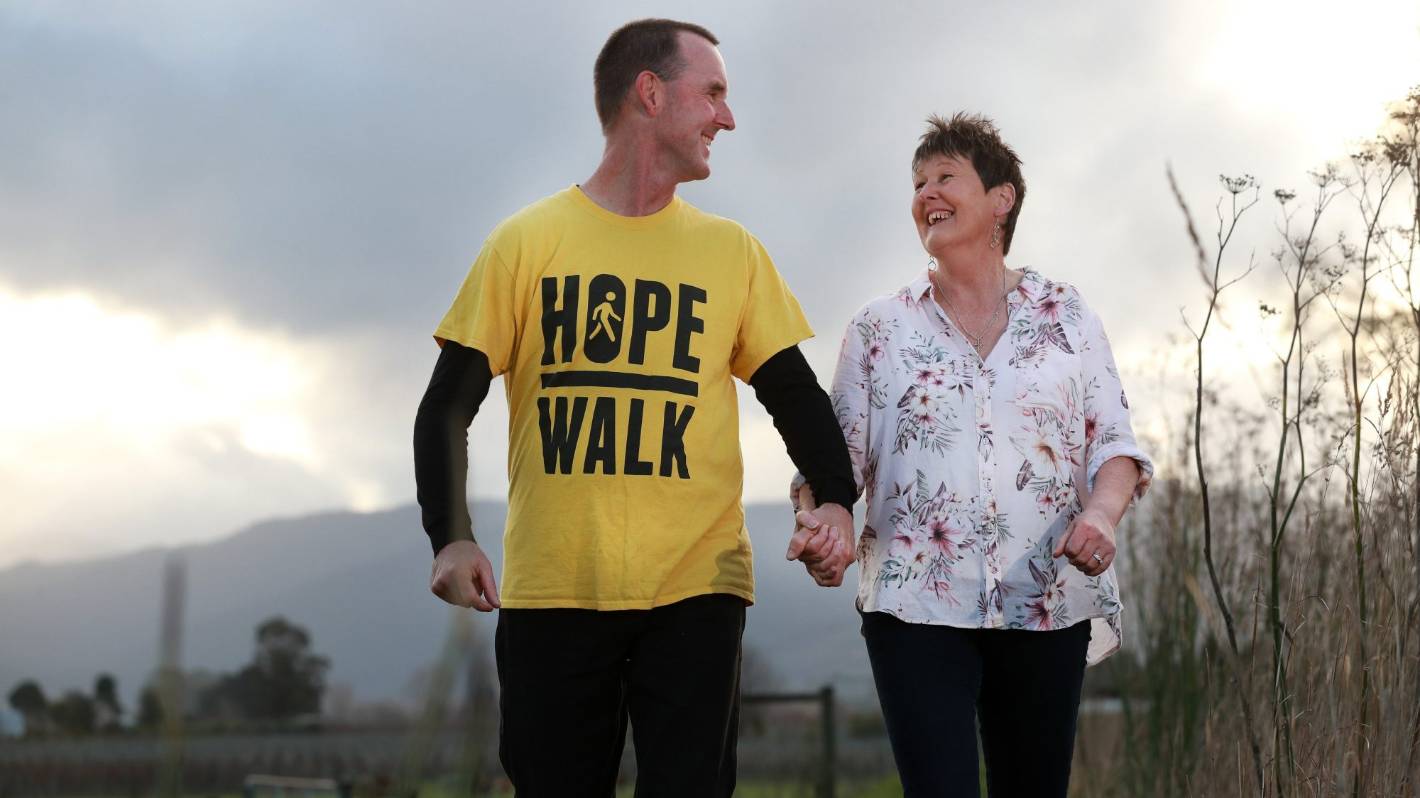