FOND DU LAC – City Council members on the Committee of the Whole on Wednesday discussed what a consulting firm should focus on during its feasibility study into proposed Lakeside Park additions.

Johnson Consulting, of Chicago, will focus on the multipurpose building on Lighthouse Island, the amphitheater on Oven Island, an ice skating rink and the pavilion renovation.

Council member Ben Giles had several questions for Johnson Consulting President Charlie Johnson and his associates during the meeting, including asking the firm to:

When Giles asked about how the park additions might impact the surrounding community, such as the malls and the abandoned properties, Johnson said he defined a community development project like this one as piece of a “very slow, hard grade to climb.”

“You’re not going to see a revolutionary change to a mall, but you’re going to see Fond du Lac have a greater halo coming off it,” Johnson said, clarifying that it will then be dependent on other parts of the community to also improve alongside.

Council member Donna Richards raised a concern about the amount of space available in the proposed multipurpose building. She noted the community’s lack of a public meeting space, saying that the Fond du Lac Public Library is often used, but closes early, and the pavilion is available to rent, but can be cost-prohibitive for nonprofits.

“I think of the multipurpose facility as our chance to create that facility,” she said. “The way it’s currently conceived, as basically a restaurant with another rentable room in it, would not do that.”

She also added that the city needs a museum, but the facility would only have room for a few exhibits.

In Richard’s “ideal world,” she said, the restaurant wouldn’t take up as much space, and would provide patrons the option to buy food at a variety of price points and take it elsewhere in the building or outside to public spaces.

“If they downsize it too small, it can’t be that,” she said. “That is a concern I have with the location.”

Richards also gave the firm her opinions on the viability of Lakeside Park West as a location for the amphitheater, noting that while its entrance is optimal for controlling event admission, it is also “really depressing.”

“There’s so much more that’s needed to make that a wonderful part of town,” she said. “It’s where the boat launches are, it’s where the dog park is, but it’s a lot of landfill that feels very dank.”

She also asked the firm to consider other locations throughout the area, and Johnson said he would take her recommendations under advisement.

Council Vice President Kay Miller asked whether the firm would consider the “harsh winters” and “poor parking at the lighthouse,” and asked if the restaurant would be able to function as a year-round facility. She also raised a concern about marketing the amphitheater as “boating accessible” if not all boats can get in to the lagoon under the Promen Drive bridge.

Miller also questioned the need for an amphitheater.

“Usually, you start with a need for something, then you work up to having the venue. I’m not sure we’ve cited a need yet — that we have overflowed all our other availability in our city for music and entertainment,” she said. “We have a county fair location in the middle of our city that is very under-utilized.”

Johnson agreed that waiting for the demand is usually the right path, but said Oven Island is a very interesting site, which might draw attention on its own. He said answers to other questions presented would be included in the firm’s report.

Council President Brian Kolstad asked for examples of operator agreements for the multipurpose building, which Johnson said they would share a couple, with the caveat that an agreement should be customized to this specific situation.

Kolstad also asked whether the firm would analyze the existing infrastructure and businesses in the area that would complement the project. Johnson said it would be part of the study.

Council member Arletta Allen asked how urgent of a priority the council should make having a proposed development agreement with donors. Johnson replied that, in his opinion, such discussions should commence after the feasibility study was issued and discussed.

Giles also asked Johnson whether the firm has experience working on projects as contested as this one, citing the a new petition circulating that proposes a referendum before development can begin, and asked how that might impact the project.

“What we find, 90% of the time, is there is miscommunication and a lack of definitive outcomes that are really clear,” Johnson said.

He added that the firm has looked over all the materials developed in the past five years and noticed there hasn’t been a lot of financial numbers provided.

“We’ve seen a lot of input gathering and things of that nature, but the actual case studies, the business plan, the traditional things we’d typically see … in a way, it’s been a reverse process. Oftentimes people study something, make sense, and then it’s sellable,” he said. “It requires, in my judgment, people with expertise to complement what is coming out of the woodwork from the local community.”

Johnson said he hopes that accurate information — rather than “feelings” — and comparable cases will help clear up the division.

The firm expects to return later this fall with a draft of their findings, recommendations and conclusions, though it specified that the document will not be set in stone.

UniVista Insurance Ranked In Top 2710 On 2020 Inc. 5000 List Of Fastest-Growing Private Companies In The US 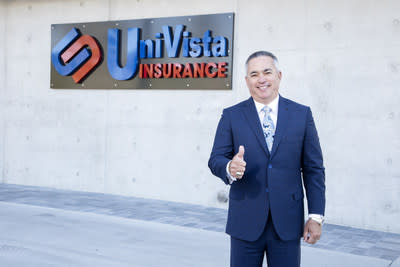