Choosing a health insurance plan is among the most important consumer decisions we make—and, for many of us, among the most bewildering. Do you pick the plan with the lowest out-of-pocket cost, or the one that allows you to see the primary care physician you trust?

Do you care more about prescription drug benefits or mental health coverage? One thing that doesn’t end up on most pro/con lists is whether a particular plan is likely to prolong your life. But new research co-authored by Yale SOM’s Jason Abaluck shows that insurance plans appreciably influence the survival rates of their enrollees.

Despite the variation in mortality effects, consumers aren’t flocking to the plans most likely to benefit their health—not necessarily because they don’t care, but because they aren’t well informed about how plans affect health outcomes, the researchers found.To Abaluck, the research reveals not only a policy failure to guide consumers toward the best choices, but also a “fundamental breakdown in current private [insurance] markets: they have way too little incentive to invest in things that will actually make people healthier.”

Studying how insurance plans affect mortality has long vexed policy makers and economists—Abaluck included. It’s hard to disentangle the people from the plan, he explains: “If you see that a plan has a low mortality rate, it might just be that younger, healthier nonsmokers with fewer medical conditions chose that plan.” Researchers can control for some of those factors, such as age, but others, such as diet, exercise, and stress, resist statistical analysis.

To understand health plan mortality effects, Abaluck and his co-authors focused on the Medicare Advantage market, which covers about a third of all Medicare beneficiaries and allows them to pick from a variety of privately managed plans subsidized by the government. Participants have lots of options: in 2010, for example, 33 different Medicare Advantage plans operated in a typical U.S. county. The researchers’ data set included more than 15 million Medicare Advantage enrollees and the plans offered to them between 2006 and 2011.

With the wealth of choices on the Medicare Advantage market comes a large variation in mortality rates, the researchers discovered. Within the same county, even controlling for basic demographic factors, plans’ mortality rates were “super different,” Abaluck says. “There are some plans where 2% of people die in a year, and some plans where 8% of people die. Of course, that raises the question: is that because those plans enroll healthier people, or because those plans are actually making people healthier?”

The ideal way to answer this question would be to randomly assign people to different Medicare Advantage plans. But since that’s not possible, Abaluck and his co-authors looked for a creative way to approximate a randomized controlled trial. Plan terminations, they realized, offered just such an opportunity. Sometimes Medicare Advantage plans are terminated, forcing enrollees to pick a new option, creating “a kind of experiment,” Abaluck says.

Of particular interest to the researchers was the fate of people forced to leave plans with especially low and especially high mortality rates. These individuals tended to end up in plans with more middle-of-the-road morality rates.

So why aren’t consumers all opting for the most life-prolonging plans? While mortality rates aren’t publicly available, there is other information to guide consumers in their choices—most notably, star ratings from the Centers for Medicare and Medicaid Services (CMS), a measure of quality you might expect would correlate with mortality.

But it turns out that CMS star ratings, which are calculated based on factors including customer satisfaction, have no relationship to mortality rates. “Whether a plan has five stars or two stars tells you nothing about whether that plan is likely to make you live longer,” Abaluck says. In other words, one of the few pieces of information consumers have when making their choice doesn’t help them select plans with low mortality rates.

In fact, the researchers found only one easily accessible piece of information that corresponded with plan mortality rates: price. Plans with higher premiums and more generous prescription drug coverage “do appear to have better outcomes,” Abaluck notes, though most of the variation in whether plans extend your life is not explained by these factors.

Ultimately, it’s not surprising that Medicare Advantage participants aren’t picking the best plans: “They don’t have the information they need,” Abaluck says. As a result, they are “way, way less sensitive to mortality effects than they would be if they fully understood the differences across these plans.”

To Abaluck, the research suggests several ways to make the Medicare Advantage work better for Americans. For example, regulators could simply remove the plans with the highest mortality rates from the market. Eliminating the worst 5% of plans, the researchers estimate, could save around 10,000 elderly lives each year. The government could also require plans to provide life insurance—creating a strong financial incentive to meaningfully improve the health of enrollees.

And CMS could change how it calculates star ratings to include mortality rates. This is important not just because it would better inform consumers, but also because star ratings also affect the rate at which plans are reimbursed by the government. “Let’s reimburse plans based on what we actually care about,” Abaluck says, “which is whether they make people live longer.”

Now’s your chance to change your Medicare Advantage plan

This document is subject to copyright. Apart from any fair dealing for the purpose of private study or research, no
part may be reproduced without the written permission. The content is provided for information purposes only.

Fri Sep 4 , 2020
While the re/insurance industry is in a period of significant challenges, Prime Insurance Company has held fast, providing a stable market for extraordinary risk and earning an A Excellent rating from AM Best.  In the past two decades the company has grown from humble beginnings to be a business with […] 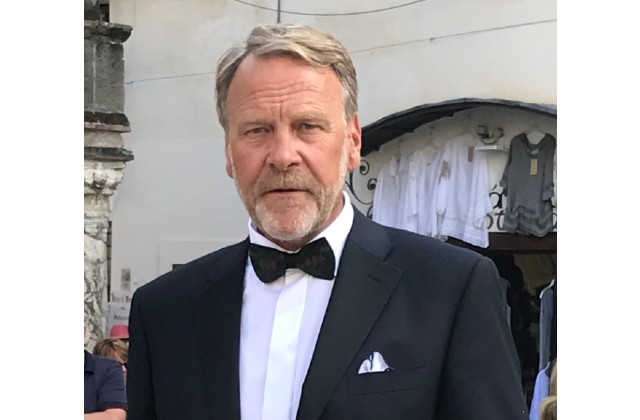