When you look around at the relatively empty streets of New York and London’s business districts right now, you’d be forgiven for thinking this shift will be seismic. But one mustn’t underestimate the resilience of “business as usual” in boardroom thinking. Speaking to some of the world’s biggest banks, one gets the impression that the new way of working might not be so different to the old way.

The overnight shift to WFH enforced by Covid-19 has undoubtedly dispelled the myth that people work harder in an office. Critical business functions were performed pretty well from makeshift desks at kitchen tables or in spare rooms. Investment banks coped with a spring surge in securities trading without any visible problem.

That showed most jobs, even in the cutting-edge corners of finance where milliseconds count, can be done remotely if needed. Technology, from video-conferencing apps to superfast internet connections, held up under unprecedented demand.

Some banks were headed further in the homeworking direction anyway, before the new coronavirus struck. Back in 2014, cost reductions drove Italy’s UniCredit SpA to offer some employees the option of working from home one day a week. After technical issues and initial hesitation from staff, the shift proved popular and thousands took part. Independent of the pandemic, the bank has started offering most staff the permanent chance to work from home two days a week.

Many office workers would like a similar option. A recent Morgan Stanley survey across different industries in Europe found 27% of employees would happily work remotely for three or four days a week.

However, the bank of the future won’t be quite so accommodating, according to a Wall Street firm I spoke to. While about 10% of staff will probably always work remotely, back-office workers for example, most banking employees — as many as 80% — will probably just get a bit more flexibility. This might involve working remotely for a day a week or up to a week a month.

Banks will still favor an office set-up for many roles. Take trading. While it was technically possible to keep buying and selling securities from home at the height of the springtime’s pandemic-induced market mayhem, regulators will want to keep a tighter grip on trader monitoring and compliance in a post-virus era. Traders have been among the first Wall Street employees back in the office en masse and they’ll likely remain there. The same probably goes for risk, compliance and IT functions.

Senior managers will also be expected in the office, as will new starters, who stand to gain most from the physical proximity of colleagues. A manager may bring a young recruit into a client meeting if they’re in the office, but they’re less likely to invite a quiet observer onto a video call. You’re not going to teach or learn the art of M&A from your kitchen.

Some of the big banks are already cooling their ardor about a big shift to WFH. Barclays Plc’s boss, Jes Staley, said in April that large offices would be a thing of the past, but more recently he said he wanted staff back to “ensure the evolution of our culture and controls, and I think that will happen over time.”

Even the more grandiose statements on the move to home working indicate more of a subtle shift than it first appears. UBS Group AG, the world’s biggest money manager, sees as many as a third of its employees working remotely at any one time; two Wall Street firms and a large recruitment company told me they expected something similar.

While that seems like a impressive figure, for most banking workers it will probably just mean a bit more freedom to be flexible. Many offices before the pandemic were only ever occupied at 75% or 80%, according to one senior banker who has worked at three global firms.

And it’s not as if the work-office hybrid lifestyle will mean joyous liberty for bankers. Supervision will inevitably intensify. Consider this: One big Wall Street bank is analyzing message traffic among employees so that it can track who might need to sit next to whom when people do come into the workplace.

What’s more, companies will no doubt demand even greater flexibility of their employees. A further blurring of the work-home lines may damage, not improve, the work-life balance. From M&A bankers to compliance and IT professionals, overwork is already one of the biggest concerns among bank staff who have worked from home for the past five months.

For most bankers, the transition to hybrid work will be evolution not revolution. Any new-won freedom will be limited.

This column does not necessarily reflect the opinion of the editorial board or Bloomberg LP and its owners.

Elisa Martinuzzi is a Bloomberg Opinion columnist covering finance. She is a former managing editor for European finance at Bloomberg News.

MIT Research Examines How Technology and E-Commerce Are Reshaping Two Supply Chain Industries in the Time of COVID: Warehousing and Trucking 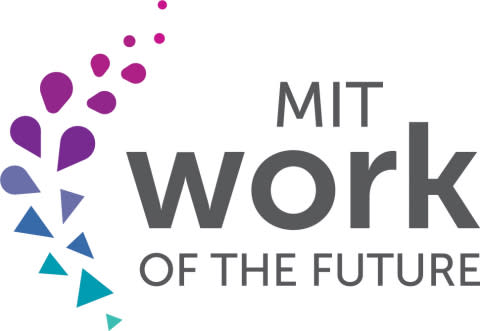