ASHLAND Central Park played host to the event “The Return” on Saturday.

The Christian event geared toward revival — and a turning back to God — was part of a much larger event created by Jonathan Cahn, intended to be held at the nation’s capitol in Washington, D.C.

Cahn, a Messianic Jew (believing Jesus to be the Messiah), is also the head of the Beth Israel Worship Center in New Jersey and has published numerous religious-themed books.

The Return is intended be year-round, but it focuses on Sept. 21-28, with Sept. 26 being the focal point. Those who could not attend the Washington event were encouraged to have a local event during the same period of time.

John Riley, one of the event organizers, said putting the event together was a collaboration of many people, and many different area churches.

“I believe we have been looking for something like this both on a local and national level,” Riley said.

Between 250 and 300 people attended the outdoor event at the Central Park bandstand, Riley said, praising the good turnout. He added that he would have loved to see many more there to hear the live music from House of Grace brand, Ryan Biederman, Kerry Beach and Daniel Ferriera as well as prayers and messages from Lee Watts, Gerardo Mejia, and Dr. Desmond Barrett.

“And that was one of the good things about it, and it shows how many in the area were looking for revival,” Riley said.

“We can see what is going on in our country today,” Riley continued. “There is a division in our country. But God isn’t a divider. God is a unifier. And his promise to us from 2 Chronicles 7:14 is that if His people would come back to Him and do what they are supposed to do, then He will bless them. This event gave God’s people an opportunity to do just that. I believe that God placed it in people’s hearts to be there, and they were. And even though I would have loved to have seen 1,500 people there, God is known for working with a remnant to accomplish his will. He uses a small group of people like that to do great things.”

Another person involved in putting the event together was Amy Compston, who also spoke. Compston is well-known locally for her dedication to her faith and for her motivational speeches and missionary work (Amy For Africa).

“It was a blessed event!” Compston said. “The Spirit of God was evident, and I believe He was pleased. I’m so thankful for everyone involved and for everyone who came. May God be forever praised in Ashland!”

Though the event itself has passed, Riley said he encourages everyone to continue their own return by not only becoming more active in their local church, but more importantly moving back toward a focus on God and less on a focus on worldly pursuits.

“We need to continue to go before God and to ask him to guide us,” Riley said. “And when you look around at the things going on in the world today, I believe that this country and the world, really, is ripe for an awakening and a return to God.” 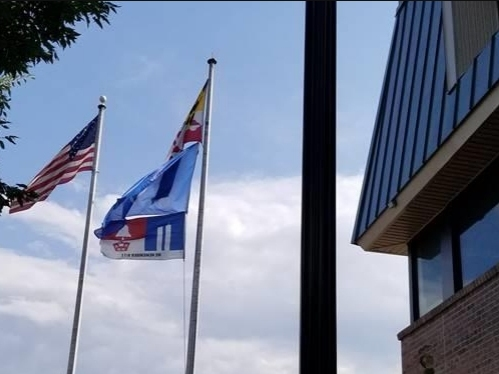 How Black Political Organizers Shored Up the Democratic Base